WITH FRESH EYES: Winner of the ECPA Christian Book Award and the Selah Award. Get your copy here.
Home / Writing News / I Love To Tell The Story

I love to tell a story. 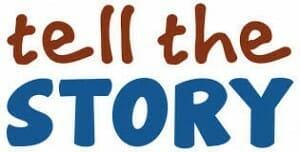 I love sharing how God is using ordinary people to do big things. I guess I’m like my friend, Kim Jackson who says she likes to brag on God. Whether in my fiction or real life stories in my blogs or magazine articles, I love to show off how God changes people into something better and more beautiful. With so much bad news and despair in our world, I want to be a megaphone and shout the stories of goodness and hope.

In my years of writing, I’ve found that my job is to faithfully use the gifts and skills God gave me to serve Him, then release the work of my hands to allow Him to take it from there. He has planned those good works for me so He’s got plans on the results too.

“. . . he who began a good work in you will carry it on to completion until the day of Christ Jesus.” – Philippians 1:6

Once in a while, the Lord lets me peek over His shoulder so I can see exactly what He’s doing with my mustard seed efforts. It’s enough to humble and encourage me all in the same breath.

Perhaps that is why Ryan’s story the other day touched me at the deepest level.

My current project, a magazine article, gives an update about a disaster relief ministry called One Family, One Purpose. This grass roots ministry, started by two family men after the Joplin, Missouri tornado and supported by churches throughout Western Illinois, is launching construction rebuilds of their sixth and seventh homes after tornadoes ripped through several Illinois towns. I first met Ryan and Roy while they were rebuilding a home in Joplin, their pilot project. I had the privilege of writing a story for the magazine The Christian Standard of how OFOP built a home for a widow and her three teenaged children after a huge and powerful EF5 tornado stripped away everything but the cement basement steps and their unscathed bodies from their home site.

Ryan filled me in on the last four years of the ministry of OFOP. At the end of our interview, he told me how much he appreciated my work. “I don’t know if I ever told you this,” he said. On their second build, they had difficulty raising funds and support in the community where they were going to rebuild a home. Just weeks before they were to begin building the house, copies of the magazine with my article found their way into the hands of church members. My story, Ryan told me, gave credibility to what they were trying to do. It was at that point the funds began to flow in. My article has often been used, he said, to explain their ministry to the churches and families with whom they connect. The ministry keeps growing. This year, they are rebuilding two houses in one season and are considering ways to further expand the disaster relief ministry.

No, he had not told me. His words penetrated to that deep spot in my soul that has a way of making my eyes leak. I looked back to the rough draft season of that article. I remember being so driven to write the story. I remember how the editor of the magazine gave me the green light to write it very quickly after I queried him. Anyone in the writing business knows a quick turn-around from an editor is unusual. I remember how I had this strong urge to go to Joplin myself so I could see the damage and hear the stories first hand, then balked at such a preposterous idea. Why couldn’t I just do the interviews and research online? I would probably spend twice as much on a trip to Joplin as I would receive in payment for the article.

Two women from my church readily agreed to go with me, one taking three days off from her job to do it. All the interviews lined up perfectly. We even connected with a friend of one of my two companions who showed us a video of a Weather Channel storm chaser’s perspective of the tornado. A protected tender-heart, I had never seen such destruction in my life. That first evening I sobbed into the phone to my husband. “Why am I doing this? This is too painful!” 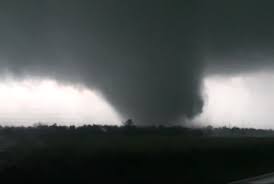 “Because someone needs to tell the story,” he told me. His words were prophetic. My horror turned to hope as I saw the love of Jesus poured into the building of that new home. I met Stephanie, the young mom and heard her story, her hope, and her wonder at God’s protection and provision. I met a group of Western Illinois students who used their Spring Break to paint the rooms of the home. The Lord even arranged an ice storm that kept us in Joplin an extra day so I could spend the day processing my notes and taking more pictures. At moments, I felt like I was moving through a dream world, projected forward by something greater than myself.

Feelings, nothing! God did have bigger plans for that article. He knew exactly how He planned to use my words. Jack was right. My job was to tell the story and let Him deal with the distribution. And He did.

I could not have predicted or arranged the impact of that article. Neither could Ryan or Roy. God placed the article in the hands of the right people to bring OFOP the support they needed.

I can’t wield a hammer. My husband and I have been able to give only small amounts to One Family, One Purpose. But I can arrange words on a page that tell a story. That’s what I have to offer.

Ryan and Roy’s gift is construction and business management. Our region of Western Illinois is made up of many farmers who are willing to give the excess of their monetary wealth after a good year’s crop to help others. None of us may have a clue of what God will do with the work of our hands. All of us, whether writer, farmer, or construction worker, just need to be faithful then let God do what God does best.

That’s why I love to tell the story. Of Jesus and His love.

What has God called you to do? What are you doing with His gift? What plans does He have for you to tell His story?