WITH FRESH EYES: Winner of the ECPA Christian Book Award and the Selah Award. Get your copy here.
Home / Grace on Parade / Infinite Universe

Our inability to see something is no proof that it does not exist.

Our failure to understand does not mean something is not true.

Recently my husband, who is a life-long stargazer, told me this interesting fact about the study of astronomy. The Hubble telescope, developed in 1990, was designed to orbit the earth, sending hundreds of images back to man’s computer monitors. The Hubble Telescope transformed the science of astronomy as we’ve discovered what’s out there in our universe.

Over a 10 day period in December 1995, astronomers aimed the Hubble Telescope at the darkest, emptiest part of the sky they could find, just outside the constellation Ursa Major in the northern hemisphere. Up to this time, all they could see was a big dark hole of empty.

What do you think they found? 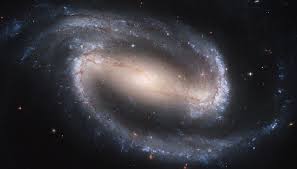 In 2012, scientists pointed Hubble toward a spot near the constellation Fornax in the Southern Hemisphere. This one showed another 5,500 galaxies, some 13.2 billion light years away. Our universe is so much grander and expansive than our limited eyesight and finite minds can even begin to see or imagine.

It’s easy to think that God created just our solar system and splattered a few stars in the sky like a painter dabbing dots of light on a darkened canvas. Not so! Our universe is truly three dimensional and little ole’ earth is a mere wee speck.

Yet we are the focus of God’s creation!

Why? Why did God do it that way?

“The heavens declare the glory of God; the skies proclaim the works of His hands.”

“Oh the depth of the riches of the wisdom and knowledge of God! How unsearchable his judgments and his paths beyond tracing out.”

I suspect God created such a huge universe just to show us there is no limit to His power, creativity or majesty. Beyond the farthest reaches of our technology, God is there. Beyond the intricate detail of a snowflake, a human cell, or an atom, God is there. God cannot – He will not – be limited by our finite minds. We will never know all there is to know about Him or the universe He has created. He is bigger than us and always, always will be. 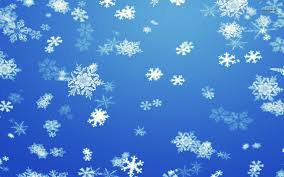 God and His universe will always be beyond our reach. He planned it that way. A finite universe, one that man could finally assemble telescopes to see to the outer limits, would intimate a finite God.

A finite universe would cheapen God. But our God is infinite.

Some people believe that if they can’t see something, it doesn’t exist. If they don’t understand the ways of God, either He must not exist, He isn’t very powerful, or He is a cruel, vindictive God.

On the contrary, our restricted sight and understanding should remind us of our limitations, not God’s. Even the best eyesight, the strongest telescope is too weak to grasp the magnitude of God’s creation. The most brilliant scientist, the most capable computer, doesn’t even scratch the surface of God’s knowledge and wisdom.

If this were so – and the heavens declare it is so – wouldn’t I want to defer to someone much wiser, more experienced, and smarter than me? Wouldn’t I want to trust this entity with my very life? If He were so capable to create such an expansive, beautiful, intricately detailed, perfectly ordered world, doesn’t it make sense that His creation of a moral code would be equally unflawed and perfectly ordered for my benefit and well being? 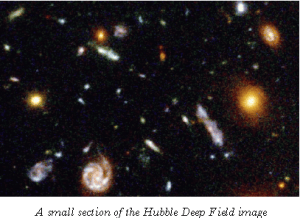 If this were so, why would I want to live life the way I see fit instead of doing life His way? Why would anyone?