WITH FRESH EYES: Winner of the ECPA Christian Book Award and the Selah Award. Get your copy here.
Home / Grace on Parade / Jesus: The Best Bargain of All

What is it within us that wants to pay less than the marked price and grin with glee when we’ve played the coupon game just right? Is it that mentality that the seller is still making a lot of money? The truth is, while we may pay less, or even get something for free, that comforter still costs someone something. Businesses aren’t raking in the dough as much as we’d like to believe.

One day not so long ago, I talked to someone about shopping at Goodwill. “I don’t like to shop at Goodwill,” she said. “I don’t think it’s right for them to accept donated items then expect me to pay for them. If they get them for free, they should pass them on for free.” I guess she isn’t considering that Goodwill still hires employees, acquires mortgages on buildings, and pays utility bills like everyone else.

We flock to free dinners, accept door prizes, haggle over reductions in medical costs, and glom on the two-for-one deals. The best bargain is the free bargain where I don’t have to pay anything. But it still costs someone something. It’s a bargain only to me. Perhaps there really does reside some socialism in each of us – we justify our push for a bargain by saying we’re just leveling the playing field. Those rich businessmen can afford it. They still have plenty left over.

Nothing is for free.

Anything still costs someone something. When we angle to get something for free or deeply discounted, we’re basically cheating the other person out of the wage they deserve. We are expecting them to bear the responsibility for the cost, forgetting that it cost them something in time and resources to produce the item we want to have. How can a doctor pay off her student loans if she deeply discounted everyone’s medical bill?

Everything costs someone something. 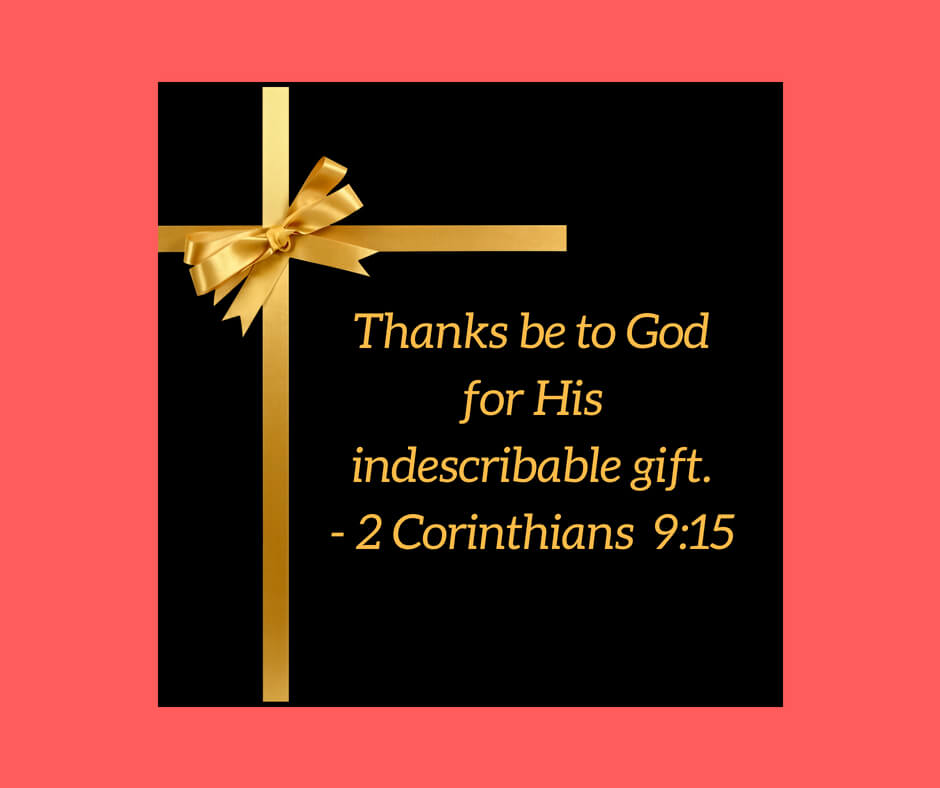 Salvation is free but costly.

God offers us forgiveness from our sins for absolutely nothing. Free, that is, to us.

Unlike the business owner or medical doctor who we assume is rolling in so much money that they can spare a bargain or three, the price for our salvation cost Jesus everything He had – his life, his heavenly standing, all his resources, and his reputation. It cost Someone something, a lot of something. The bargain didn’t come out of Jesus’ spare change.

Why? What’s in it for Jesus? What does He get in exchange for His lavish generosity?

With my bargain mentality, I reluctantly admit I tend to take my salvation for granted. I’ve been slowly sucked into an entitlement mindset, that I deserve a bargain, that I should be able to get something for nothing in the name of justice and equality. It’s only fair for you to sell me something without making an unreasonable profit and if the scales tip too much in my direction and you lose more so I can gain, well so be it. You’ll make it up on the next customer who doesn’t have enough time or smarts to avoid paying full retail.

Maybe if I put something into the mix, to pay a little bit for my salvation. I’ll leave a ten percent tip for the free meal I got. Here’s the problem with that. Ten percent of how much? When is enough good works, enough? There’s no way I could pay back God for how I’ve treated Him. It wouldn’t be grace if I put something into it. The only way the system of salvation will work is for it to cost Jesus everything and cost me nothing..

The best I can do is to be humbly accepting and grateful for the massive sacrifice Jesus made in my behalf. No entitlement. No need for a level playing field. Pure and simple mercy that extends beyond justice.

I don’t deserve it. But He did it anyway. He did it because He wants us back in relationship with Him.

A bargain still costs someone something.

God’s gift of grace didn’t come out of his spare change.

Previous Post: « Desert Bloom: God’s Promise To You
Next Post: In the pits: What To Do When You’re in an Impossible Situation »