WITH FRESH EYES: Winner of the ECPA Christian Book Award and the Selah Award. Get your copy here.
Home / Grace on Parade / King James Thees & Thous

God is the God of the common man.

I love history.  I love words.  I love quirky little historical facts about words. Here’s one of my favorite quirky facts.

Does your tongue ever get tangled around the Thees and Thous in a classic hymn or whenever you read an older version of the Bible?  Whatever are those Thees, Thous and Thines for anyway?  I don’t know about you, but I was taught that the English translation of the Scripture uses the Thees and Thous form of the second person singular for only God as a sign of respect and reverence. 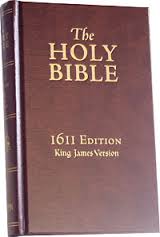 Actually, the opposite is true.  In the days of Shakespeare and shortly afterwards, King James of England,  everybody was addressed as “thee” and “thou”.  The forms of thee and thou were considered the second person singular, and “you” and “your” were the second person plural.  “You” and “your” were also used to denote royalty – have you ever heard of the “royal we?”  Sounds a little pompous to me!

The team King James assembled to translate the Bible from Greek to English used the common form of “thee” and “thou” for everyone, including God because, as one website expressed it, God is “family.”.  Instead of using a different form to show the reverence and respect reserved for royalty, they addressed God with the terms used for the common man.

As English evolved, “thee” and “thou” were replaced with “you” and “your.” Somehow, however, when addressing God, “thee” and “thou” stuck as a way to show reverence toward God. Thus, in modern versions such as the ASV, the RSV, and the NASB, the 17th century pronouns are still retained when describing or addressing God.  This is actually a mis-translation and gives a false impression of our relationship with God. Although even newer translations such as the NIV and The Message have dropped “thee” and “thou” altogether, our classic hymns still propagate the myth that we must say “Thee” and “Thou” when responding to God. 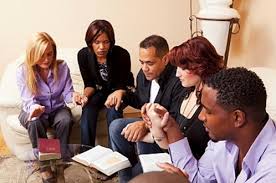 That misused language then makes hymns a turn-off for many believers because of the archaic sounding words. What a pity – because there is some great depth and spiritual teaching in many of the classic hymns. It also gives the false impression that we have to pray using archaic forms, that God is some ancient, out-of-date Person. I’ve known people who are uncomfortable with praying out loud for just this reason – they may not know the right words and terms to use when addressing God. That is a tragedy as well. We can speak to God friend to friend, using the common language we would use in our everyday walk. God cares more about the status of our heart than the words we use – and He understands every form of language known to man.  After all – He is the one who created language.

I think I like the King James method the best.  The King James Version, a marvelous, prosaic translation that initially made the Bible available to the common English speaker is now outdated, archaic and difficult for most of us to understand. Yet it got this part right.  God is not a God only for the prestigious and affluent. He is not the royal “we.” His power is available not onlyfor the preacher, the missionary and the saintly.  He is a God for the common person.  His power is available to common, ordinary folk like me.