WITH FRESH EYES: Winner of the ECPA Christian Book Award and the Selah Award. Get your copy here.
Home / Grace on Parade / Little Becomes Much: God’s Brand of Giving

An old gospel song says it well. Little becomes much when you place it in the Master’s hand.

My friend Elaine, loves to cook. She’s one of those talented people who can cook for six or sixty without so much as a drop of sweat. I love to cook, but ten people is my limit. It drains me. I think it invigorates Elaine. A quiet introvert, Elaine literally bustles in the kitchen. A smile spreads across her face. You can tell, she really enjoys cooking.

This is so cool because Elaine suffers from Celiac Disease and other food difficulties. In spite of her own issues with food, she loves to make food an enjoyable experience for others.

Elaine is passionate about missions and spreading the gospel of Jesus Christ. However she lives on a modest salary. So, instead of giving a meager amount of money to the mission projects she most cares about, she uses her talent of cooking to get others involved in giving to missions. 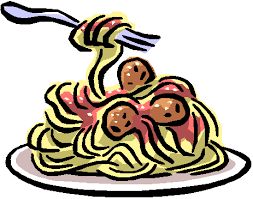 For many years, Elaine would host free dinners, most often, a menu of spaghetti and meatballs,  to support and highlight a designated mission such as the local Pregnancy Care Center or a Christian School on an Arizona Indian Reservation. In subsequent years, the dinners gained popularity and others came forward to help with serving and clean-up. Often Elaine served 70-100 people at a cost of less than $2 a head.

The main event of the evening was a silent auction. This opened the door for other people to give of their talents. Elaine realized other people might be just like her; they might not have the money to give but they could bake a pie or crochet an afghan. As people brought their gifts to the Silent Auction, the team discovered it was a chance to learn more about people and their hidden talents. God took those gifts and multiplied their efforts exponentially. The auctions alone averaged a net of $1800. One pecan pie boasted a $42 bid. 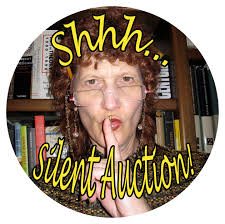 The evening drew a group of people together to share in a common cause. “It was a blessing to everyone,” Elaine told me. “We all enjoyed each other’s company.”

For years, I’ve been discouraged that I don’t have personal funds beyond my husband’s pastoral income to give toward missions. Hearing about Elaine’s fundraising dinners was like getting a free pass out of prison! What gifts did I have? God has given me the abilities of organization, creativity, and vision casting. I don’t have the time, money, energy or freezer space to make dozens of cookies for a University Campus Ministry Outreach. But I could organize and inspire twenty women to do the work. A couple in our church have had to reduce their personal giving to missions once they retired. At the same time, they took on the mantle of leadership in organizing our church’s Faith Promise Rally that encourages an entire congregation to give to world missions. 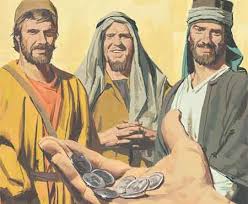 Maybe this is Jesus’ meaning behind the parable of the talents in Matthew 25:14-30. Two of the servants doubled the amount given to them. When I use my God-given abilities, I multiply my own effectiveness. I could make ten dozen cookies. Or I could get nine women to join me and together we could make 100 dozen cookies! Elaine can’t give away $1000, but she can spend $200 on a nice meal and organize a Silent Auction that draws one hundred people and $1800. Follow my math – 1800 divided by 200 – God multiplied Elaine’s gift by nine times. Little becomes much.

Then there is the one servant in Jesus’ parable who was ashamed at how little he had. Can’t do much good with just one little talent, he thought. If he didn’t have money, he couldn’t do anything. So he did nothing. And it produced nothing. And his master was not happy.

I think little becomes much is what Paul had in mind when he wrote:

“Now he who supplies seed to the sower and bread for food will also supply and increase your store of seed and will enlarge the harvest of your righteousness. You will be enriched in every way so that you can be generous on every occasion, and through us your generosity will result in thanksgiving to God.” – 2 Corinthians 9:10,11

Or, as the song, “Ordinary People” expresses, “Little becomes much when you place it in the Master’s hand.”