WITH FRESH EYES: Winner of the ECPA Christian Book Award and the Selah Award. Get your copy here.
Home / Grace on Parade / Mercy In The Dark

One mom released her child to a short-term missions trip, confident God in His mercy would care for her. And God delivered in an unexpected way. 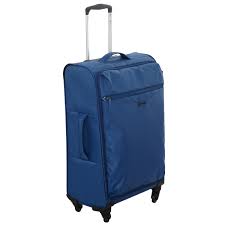 When it comes to letting our children leave us to spend a week at camp, with Grandma, or on a short-term mission trip, every mom has a travel bag full of fears and worries. For the mom with a special needs child, the bag threatens to exceed airline weight limits. I know, because I’m a mom of a child with a mild visual impairment. Putting her on an overseas flight, hearing that her traveling companions alienated her and living through the moments when she had to be evacuated from one foreign city to another have got to be some of the biggest faith-defining moments in my life.

That’s why I admire a mom in our church fellowship so much. You see, her daughter experiences seizures, seizures that can last more than an hour at a time, seizures that happen up to several times a week. Yet this young woman chose to go on a recent mission trip whose main focus was to do landscaping work for a children’s home and her mom had the courage and faith to allow her to go. 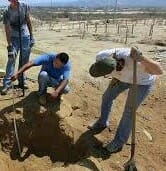 It was hard work. The temperatures spoke of summer heat. My husband and I could see fatigue etched on several faces of the returning workers. Our first thought was – how did our young lady do? She had only one seizure that week, our youth minister told us, but it was the last night when everyone was at their breaking point of exhaustion and it lasted an hour and a half.

If I were a mom with a child who experienced seizures, I think one of my biggest concerns would be “will there be people to care for my child during a seizure?” The youth minister and two adult workers were trained to know how to handle the situation but what about her peers? Would her friends alienate her, consider her weird, or treat her with compassion, respect, and dignity? 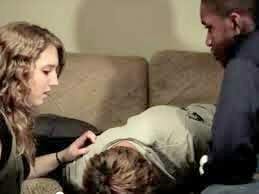 The story that came back reaffirms my belief that the millennial generation has a lot to offer our world. The two other teenagers stayed right by our girl, never leaving her side, and remained with her long after the seizure ended. In fact, one adult worker told us, one girl stayed awake all night just to make sure our girl was okay.

The parade of God’s grace doesn’t always march down MainStreet America in public view, flaunting its love, compassion and mercy. Sometimes it sits in the dark, unnoticed, holding the hand of a friend long after the need has passed, triumphant in its silence. Yet the Savior sees, Heaven rejoices and a mother’s faith strengthens, reassured that God through His people, watches over her child.