WITH FRESH EYES: Winner of the ECPA Christian Book Award and the Selah Award. Get your copy here.
Home / Grace on Parade / Overcome Evil With Good

Some time ago, I saw a link on Facebook about a woman who put feces in her husband’s hospital IV line. Comments flooded the page, expressing horrified judgment of how gross and wrong this woman was.

They should be horrified. Talk about carrying out your violent fantasies! 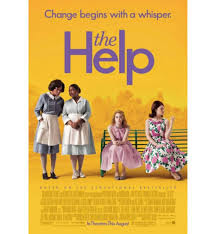 We’re such fickle creatures though. We snigger at the gall of the character Minny Jackson in the movie, “The Help,” who spitefully stirred feces into a pie she made for her employer, yet when we hear of someone’s revengeful act in real life, we are quick to condemn.

Strange as it may sound, I feel compassion for this woman who did this “terrible awful” as Minny would call it. I remember with much emotional pain how exhausted I became after my husband went through back surgery. What was supposed to be an outpatient procedure turned into a two-week nightmarish hospital stay. My husband does not handle pain or inconvenience well. And I don’t handle his impatience well. I did and said things that I am ashamed to admit. As one friend recently said, “When you’re tired, everything looks bad.”

Who knows what was happening in this woman’s life? Had the husband been abusive to her? Was she about to lose her job? Was she getting enough rest? Did they have insurance? What kind of family support system or church family did she have? Did she even know she could cry out to God the Father to help her through that difficult time? What emotional baggage from the past crashed to the floor of her memories, layering their poisonous mess over an already putrid situation?

I’m not excusing her behavior. What she did was wrong.

If you look beneath the surface however, the behaviors that conservative society would consider the big bad sins – abortion, homosexuality, prostitution, child and spousal abuse – often stem from unfulfilled desires and an inability to cope with life’s difficulties. Women don’t choose to enter prostitution because they like it – they often do it out of desperation because they see no other way to make a living and their self-image is so destroyed, they don’t think themselves worthy of anything better. Studies show that people often slide into homosexuality because they did not receive the basic love and nurturing from the opposite sex parent so needed in those formative years. Child abusers more than likely have been abused themselves. Time and again, abortion seems the only route because having a baby would be inconvenient or threatening to someone’s lifestyle or reputation.

The people of Israel had that problem too.

Ba’al was the god of fertility. He was the god you talked to when your crops wouldn’t grow. If you were a farmer and you saw your family’s livelihood shrivel in the heat year after year and the God who was supposed to take care wasn’t doing as good a job as you thought He should, wouldn’t it be tempting to seek out another solution out of desperation? Yet the people who made that choice were soon shackled with the demands of a twisted religion – including public promiscuity and child sacrifice.

It doesn’t make it right. That’s what God thought when he soundly condemned their practice of throwing their children into the fires of Molech. He found that practice detestable, no matter what their reasons.

As well he should. Any of us would agree.

What should be my response when I reach the point of desperation and what society labels as bad seems to be my only choice?

“When tempted, no one should say, “God is tempting me.” For God cannot be tempted by evil, nor does he tempt anyone, but each one is tempted when, by his own evil desire, he is dragged down and enticed. Then, after desire has conceived, it gives birth to sin and sin, when it is full grown, gives birth to death.” 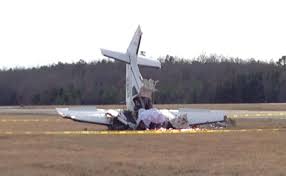 My uncle, a pilot, recently described to me how landing accidents of overseas flights can happen. “No accident happens from any one thing,” he told me. “It’s usually a series of small things – the pilot didn’t get enough sleep the night before, he’s tired from the long flight, he had an argument with his wife before he left. Then something happens like a flock of geese or another aircraft flies in his path and he can’t cope.”

Sounds like that James passage, doesn’t it? When people make the choice to do evil, despicable acts, it is often the culmination of a string of events that entangle the person, leaving them hopeless and helpless to find any other way than the destructive behavior that lays before them.

Here’s the question we need to ask ourselves. As a Christian, how do I respond? Finger pointing at the big sin, clucking our tongues, and passing around links about the bad behavior on Facebook don’t help. It just leaves those caught in the sin more desperate, alone, and hopeless. They know they were wrong. They don’t need their bad choice paraded through Cyberspace.

On the other hand, we can’t excuse what they’ve done. Our society has gone way too far to the other extreme of a take-no-blame mentality. My actions are never my fault, they want us to believe. After all, doesn’t Christ preach love for all people? How dare you try to accuse someone of wrong doing?
Well, God calls those actions wrong. The issue here is not the behavior or the bad things that have happened that led you to that behavior. The issue is choice. How do you choose to handle the difficult, unfair, unjust, sin-encrusted moments of your life?

My husband recently had another surgery. I was grateful for the second chance. This time, I told God, I’m gonna do it right. I’m going to care for him with unconditional love and I’m going to strengthen myself so I can meet his needs. I strategized how I would cope – that I would get enough sleep from the get-go, that I would be in a constant state of prayer, praying for God’s guidance, patience and love. I surrounded myself with people and made myself accountable to them. I wasn’t perfect – several times I still snipped at his snap – but I wasn’t anywhere near feeding him disgusting stuff. I wasn’t even tempted to over-salt his oatmeal.

The Christian holds the third option to offer the world. We can show the better way to those caught in that downward spiral.. We can walk beside those in desperation and support them as they courageously try to put their lives back together. Pregnancy Support Centers have done a beautiful job of showing pregnant women abortion alternatives. They don’t wag their fingers in women’s faces telling them how wrong they are. Nor do they tell the women they would be justified in seeking an abortion because life has been so brutal. PSCs take a higher road of lending support and counsel so a woman can survive, cope, and flourish with the monumental change a baby brings.

We need to show those without hope that there is hope, that they don’t have to make difficult destructive choices in order to survive.

“Do not be overcome by evil,” Paul told his readers in Romans 12:21, “but overcome evil with good.”

How can you overcome evil with good in your corner of the world?