WITH FRESH EYES: Winner of the ECPA Christian Book Award and the Selah Award. Get your copy here.
Home / Grace on Parade / Proclaim God’s Goodness

The past week has been a difficult week for our nation.

On Monday, April 15th, two bombs ripped through the finish line of the Boston Marathon, killing three and injuring hundreds. 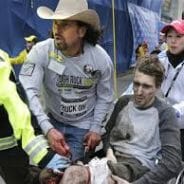 Wednesday evening, April 17th, an explosion at a West, Texas fertilizer plant killed 12, injured more than 200, and leveled homes and businesses in a four block radius. 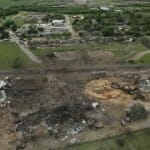 The massive, widespread storm that soaked half a dozen Midwest states with over 5 inches of rain closed roads, flooded basements, and formed a sinkhole near Chicago that swallowed three cars. This news feature became personal when we heard one family in our church had over three feet of water in their basement.  The father had turned his basement into a mini-museum, honoring the band, “Alabama.” He lost everything. 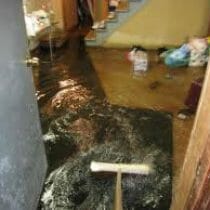 Another church family became oblivious to world and local events as a beloved aunt-mother figure suffered a massive stroke on Tuesday afternoon and died three days later.  Their loss didn’t make national news, but to them, was no less real or heart-wrenching.

What’s wrong with this world, one person cried out on my Facebook page as we all reacted with horror to what I keep slipping and calling “the Boston Massacre.”  By the end of the week, it was tempting to feel depressed by all the bad news, to wring our hands and say, “Isn’t this terrible?”

It is terrible.  Suffering hurts.  Senseless acts of violence should make us angry.  Yet I’d like to suggest another way to react.

Every tragedy, every crisis, is an opportunity for Christians to leap forward and do good.  It’s a time for us to meet needs, hold hands, and remind the broken-hearted that God did not cause this pain, for God is good.

Then verse two says this: “Let the redeemed of the Lord say this — those he redeemed from the hand of the foe.”

Who are the redeemed?  Those who have given their lives over to Christ and experienced his release from the power of sin.  We are the ones who are to tell the world of a good God who loves us with an everlasting love! The world sees the hurt, the bad, the ugly. Christians have hope to share, that this is not all there is to our world. We are the ones to keep on proclaiming that God is with us through the storm because His love endures through anything.

How do we do that?  A hurting world will not understand when we insist God is good.  That would be like rubbing salt into a festering wound.  We proclaim God’s goodness by doing good to those who are hurt by the world’s cruelty.  As we rub the salve of human kindness into their war-torn hearts, they will be reminded that hope exists and God is indeed good. Our demonstrations of kindness and love encourage those sinking in the mire of despair to lift up their heads and hope again, to put their trust in a God who loves them in spite of what the world dishes out to them.

During a prayer time at our church, I prayed for those hurt in the Boston blast, then I prayed that if there was anything we could do to help, that the Lord would show us.  God hasn’t shown me yet what I can do for Boston, but the next morning my husband and I were privileged to spearhead community efforts to get that three feet of water out of our neighbor’s basement.  We sat with the family of the stroke victim and hugged them when they wept.  You do what you can do where you are and you pray for those who are within the circle of influence where you can’t be.  I know of a recent church plant in the Boston area.  I’m praying fervently that God will use that team of believers to reach out and minister to the hurting families in the Boston area.

What’s your sphere of influence?  How can you proclaim and demonstrate God’s goodness this week?

Have you heard stories of how folks reached out with kindness during the Boston and Texas tragedies or the Midwest storms?  Email your stories to me. I’d love to feature them!