WITH FRESH EYES: Winner of the ECPA Christian Book Award and the Selah Award. Get your copy here.
Home / Grace on Parade / Responding With Grace To The Misinformed: 5 Ways to Combat Legalism

Legalism, rumors, and urban legends. What can I say? How do I graciously respond?

Have you heard some of these?

“Christians shouldn’t get involved with adult coloring books because even the Christian ones have mandalas which are New Age and that’s evil.” (This is just the umpteenth verse on other controversies. Insert yoga, tai kwan do, or in a past generation, playing cards, and you get the idea.)

“The rainbow is a symbol used by the gay movement; therefore we shouldn’t use it. Someone might think you are gay.” 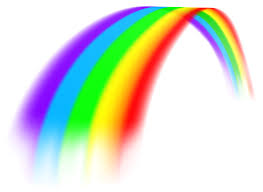 “That grocery store is owned by the Mormons so you shouldn’t shop there.”

“You want to go to that Mexican restaurant? The owner is a member of a gang.”

Some legalistic statements, straight out of the rumor mill and speculation markets, aren’t even true. Others, like the mandala, are neutral. Just because a group of people assign an evil, sacrilegious, or pseud-religious meaning to the image does not make the image or practice in and of itself evil. It’s what we do with it.

Still other expectations are based on man-made traditions that have a weak, tenuous biblical link. At that point, we get into a whole other muddle of motivations. Some people force their expectations on others as a way of control, others are spouting off things they’ve heard without stopping to think they are being judgmental. Still others are truly seeking to honor God and are struggling to figure out where to draw the line in this thing called holiness.

Each of the above statements hint at the fact that if we are a good Christian we’ll avoid this particular strand of evil. I don’t want to get into a discussion of whether these statements are true and if true, whether a Christian should adhere to them. I’m more concerned about how we react to and treat the people who make these statements.

Did you know Jesus and his disciples faced this problem too?

Jesus’ disciples were hungry. As they passed through a grain field, they helped themselves to a free meal. Did the powers that be nab them for stealing? No. Their “crime” was working on the Sabbath. Plucking a mouthful of barley on the day of rest was considered work and you mustn’t work on the Sabbath (Luke 6:1,2).

One woman cried out at one of Jesus’ rallies, “Blessed is the mother who gave you birth and nursed you.” Okay. A little strange and misguided. She was definitely enthralled with Jesus but was missing the point of His Messiahship (Luke 11:27).

An enthusiastic preacher named Apollos drew huge crowds in the early days of church expansion. One problem, a Christian couple noted. He had his doctrine wrong about baptism. He wasn’t connecting baptism with the death, burial and resurrection of Christ (Acts 18:24,25).

Recently, on Facebook, a group of people voiced their opinions about people who promote one of the restrictions I mentioned at the beginning. The response was, well, very strong, bordering on vulgar and overstepping the lines of judgement as they called such sentiment, “New Amish.”. Several comments said it was our duty to speak out against such ignorant legalism.

I squirmed at the direction the conversation took. Were we becoming judgmental of the judgmental? How should a Christian respond to man-made restrictions and Christian urban legends? How Jesus and early church leaders responded gives us good guidelines. Here’s what I found:

1. Consider the source. Back to those motivations. The Pharisees were out to trap Jesus. The woman was one of those uneducated, run-by-emotions individuals. Apollos was knowledgeable but misinformed. Before you come to conclusions about the legalist, consider who is spouting the restriction. Yes, Jesus responded harshly to the Pharisees but he didn’t respond that way to everyone. We need to reserve our strong reactions as a last resort lest we crush our weaker brother with strong-armed zeal.

2. Redirect to the bigger picture. Jesus used the woman’s fervor as a teachable moment. He told her, “Blessed rather are those who hear the Word of God and obey it (Luke 11:28).” In another encounter, he countered a woman’s controversial question about the Jews and Samaritans’ argument over worship venues to the more important issue of personal attitude, not action (John 4:19-24). In either case, Jesus was blunt without being critical. He didn’t express annoyance or criticism; he simply taught the truth. Often a simple redirection to the truth is enough to set the sincere seeker on the right path. 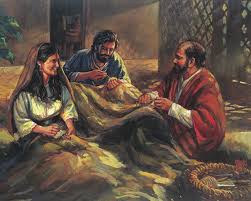 3. Deal directly with the individual. In all three biblical cases, truth teaching was used to correct the errant one. In the privacy of their home, Aquilla and Priscilla taught the Scriptures to Apollos more adequately (Acts 18:26). Scripture does not tell us that they discussed the matter with others on the street, in the coffee shop, or on Facebook. In fact, none of these biblical issues was ever mentioned again in the Bible.

When we parade someone’s misinformed legalism and publically label it as hogwash or something stronger, inviting others to critique the behavior, we lower ourselves to the level of the person with the pointed finger. Facebook and social media are a great connecting place, but like anything else, it can become fertile ground for gossipmongers. We need to obey Jesus’ command to take matters to people privately rather than discuss it with others (Matthew 18:15).

4. Respond with grace, punctuated with encouragement. I love the story of Aquilla and Priscilla! Too often, I’ve seen Christians hold people’s past against them for years, never allowing them to change or mature. As soon as they had that little talk with Apollos, Aquilla and Priscilla became his greatest fans, encouraging him, promoting his ministry, and boosting him to new heights. Once a person has been taught more adequately, we need to consider how we can encourage them in their current walk with Christ and their future ministry.

5. Check your own life. A very few statements are true and should be taken seriously. If we find ourselves annoyed at a warning from a fellow Christian, perhaps it’s time to check our own hearts to see if we have crossed over the line of Christian freedom into sinful tolerance. If you are unsure, check the Scriptures. If the Bible gives clear warnings, change your ways not because someone else thinks you should but because the Bible says so.

We live in a confusing world. I know my readers love Jesus very dearly and want to please him. We want to live holy lives Jesus would be proud of. This takes lots of discernment, love, and grace. As we grow in our commitment and faith in Christ, it’s easy to see how others aren’t living like we think they ought to. Part of the growing process is to learn to be even more compassionate to those who are trying to get this Jesus life right but aren’t doing such a good job at it.

“Who are you to judge someone else’s servant? To their own master, servants stand or fall. And they will stand, for the Lord is able to make them stand.”

When a brother or sister in Christ casts judgement on a certain activity, let’s be careful we don’t judge their level of faith in response. Instead, let’s do what Timothy and Paul suggest. Let’s gently, patiently lead them toward a perspective of God’s grace. Like Aquilla and Priscilla with Apollos, let’s especially keep our opinions of their opinions out of the public arena. We need to protect those who have a weaker view of Christianity from public scorn. Let’s act with grace, kindness, and acceptance, just as we would like someone to do for us if we slip and cling to a passing false doctrine or fallacy.

Let’s work with the misinformed to help them stand tall.