WITH FRESH EYES: Winner of the ECPA Christian Book Award and the Selah Award. Get your copy here.
Home / Grace on Parade / Rwanda: After The Genocide

Rwanda is a case study of God’s redemptive grace.

When I heard the story of Rwanda’s renewal at a recent missions convention, it seemed almost too good to be true. Could God truly bring restoration from such a horrific past?

If you are like me, you had to search your brain’s data banks to retrieve what you know about Rwanda. It’s an African country, right? Didn’t they have a civil war some time ago? Like lots of people were killed? 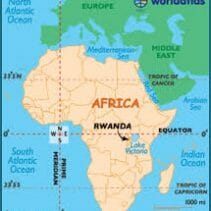 A little research filled in the details to my incomplete knowledge about this mountainous African country south of the equator and best known for its “Gorillas in the Mist.” Tragically, it rose to the world’s attention when the President of Rwanda was assassinated in April, 1994.

The assassination, the culmination of a three-year long civil war between the Hutu and the Tutsi people, exploded into a massive genocide when the Hutus took power and in less than two weeks, massacred over 100,000 Tutsi. At one point, UN soldiers, guarding a school of 2000 Tutsi were ordered to retreat and all 2,000 Tutsi were then slaughtered. By July 4th, when the Tutsi regained power, 8-10% of the country’s population lay dead. Fearing retaliation, over 2 million Hutu fled to Zaire and Uganda.

After reporting such horrific events, the news media moves on to other breaking news. We don’t often hear about the aftermath. My daughter’s experience in war-torn Bosnia has caused me to wonder how countries recover from such atrocities. Whatever happened to Rwanda? Did the Hutus reenter the country in retaliation? Is the Tutsi government on the brink of another political coup? Must a country wallow in the mire of its own destruction for decades? Is it possible for a country to stabilize and overcome the bitterness and the bloodshed?

Evidently, Rwanda has. And it took only eleven years for the country to chart a new course that is leading to economic, social and political strength and stability.

Tim Harlow, pastor of Chicago’s Parkview Christian Church and the final speaker at the International Conference on Missions (ICOM), told this story. In 2005, the president of Rwanda called Rick Warren, pastor of the Saddleback Church and author of the best selling book, “Purpose Driven Life.” He asked Warren’s help to make Rwanda a purpose-driven country. (see more.)

Since then, Warren and his team have worked with the Rwandan government to establish the PEACE plan. The PEACE plan is a global twelve-city initiative that strives to:

The change has been phenomenal. Rwanda, one of the poorest countries in the world, now has clean and paved streets. A country once teeming with orphans, Rwanda will soon become the world’s first orphan free country. Even the secular websites I checked boast of Rwanda’s economic growth and admit that Christianity is the one factor holding the country together.

Is this a one-time phenomenon? Not hardly. Recently, Joyce Banta, President of the country of Malawi, called Rick Warren. They too want to become a purpose driven country. At ICOM, I caught up with good friends who serve Jesus in Egypt. In light of the turmoil of the last year, I’ve been concerned for their safety so suffice it to say, it was a happy reunion. I asked Mona about the current state of the political upheaval. She told me what I already knew, that the Muslim Brotherhood was no longer in power, then she told me what I didn’t know. “That was a miracle,” she said. “It was a series of miracles.”

Revelations 22:2 reassures us that the leaves of the Tree of Life in Heaven’s courts are reserved for the healing of the nations. I’m so thankful God has initiated healing in Rwanda, that He has used the Church to bring about this healing, and that He is now at work in the affairs of men in Malawi and Egypt. It’s a glimpse of the ultimate global-scale, thorough and permanent healing that will occur at Christ’s return.

Rwanda’s restoration encourages me on another front. If God can bring such redemptive good to Rwanda, He has the power to heal the deep emotional wounds prevalent in the Balkans. He can shine a light on tsunami ravaged Japan and the typhoon wrecked Philippines. He can restore families. He can reorder the chaos of government corruption in my current state of residence. He CAN transform lives!

And He uses his church to accomplish His purposes. My prayer is that He will use me and my local body of believers to bring healing to the nations – whether it is to one person, one family or an entire nation.

Rwanda is a case study of God’s redemptive grace. Tweet this

Rwanda has become the first “Purpose Driven” Country! Tweet this