WITH FRESH EYES: Winner of the ECPA Christian Book Award and the Selah Award. Get your copy here.
Home / Grace on Parade / The God of Second Chances

I believe in the God of second chances.

I’m so old that when I attended the University of Arizona, colleges required students to take two credits of physical education for graduation. High School Phys Ed, where we still had to dress out in those dopey little blue bloomers, had been a personal nightmare. Even though my high school offered P.E. electives, my poor vision limited my choices. The classes I did take turned into disasters every time.

How refreshing to discover the UofA had an abundance of choices, stuff I could do. My first credit, an aerobics class, was taught by an understanding but tough instructor. When I ran the mile in less than seven minutes, my entire class cheered. Victory, sweet victory at last. I could do this athletic thing! 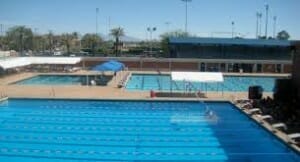 The next semester, I chose a swimming course. I loved to swim but never learned how to swim well. I was one of those who churned arms in the shallow end, kept my head above water and thought I was swimming. So I signed up for the advanced beginner class. I wasn’t a beginner, after all, was I? That was for those who had never set a tootsie inside a swimming pool.

But the first day, a particularly cold January day in Arizona, the state where people laugh at the thought of indoor swimming pools, I quickly realized I was in over my head – literally. I couldn’t see the instructor even with my glasses which I couldn’t wear in the pool. The teacher, a man, had no heart, no mercy, and no patience. He dumped his students in the deep end and started to teach us a complex stroke. He yelled at those who weren’t moving like he wanted us to move. That meant me. Several classmates tried to help me, but he told them to leave me alone.

I trudged back to the locker room, tears mingling with the swimming pool waters of defeat. I bumped into my instructor from my class the previous semester in the hallway. “Karen, what is the matter?”

In broken sobs, I explained what happened. I admit, I was a total wreck. She didn’t even know about my past history with sports. This was a death knoll to any involvement in athletics. Everybody told me how important physical activity was – how could I do it if no one let me? And how would I graduate if I didn’t get that P.E. credit?

“We can fix this.” Mrs. Sorenson’s confident words stopped my tears as if she had turned off a water spigot. While I changed into street clothes, she immediately went to the department office. By the next Monday, she had me enrolled in a beginner class with an enthusiastic, compassionate instructor. The class was half full of foreign students from Saudi Arabia who were more nervous about getting into the pool than I was!

Here’s the God-part. Mrs. Sorenson knew about the instructor’s reputation. She didn’t know the instructor’s assistant was a senior dual majoring in phys ed and special ed. The instructor partnered me with the assistant who at times let me put my hands on her body so I could feel the movement of the different strokes.

I learned to swim – and enjoy swimming – like I never had before. I even got the inflated lung award at the end of the semester for staying under water the longest while swimming the freestyle! Someone gave me another chance to succeed. 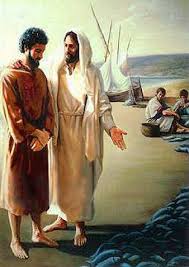 The apostle Peter found his second chance on the Sea of Galilee. After refusing to acknowledge that he was acquainted with Jesus during Jesus’ trial, Peter felt terrible. In fact, the Bible says he wept bitterly. I can only imagine the Friday and Saturday after Jesus died must have been hours of agony and regret. Even after Christ rose from the dead, would He want to have anything to do with Peter? Talk about a loyal friend – not!

Imagine the beautiful scene a couple of weeks later. After the man on the shore told them to put their fishing nets on the other side of the boat, Peter and his buddies caught a miraculous amount of fish. Realizing it was the risen Lord, Peter left the others to do the clean-up work and waded towards Jesus. The Bible doesn’t record the conversation between the two in that private moment but later on, Jesus reinstated Peter and gaves him a key position of leadership in the establishment of the church. Jesus gave Peter another chance to succeed.

Have you ever messed up? Have you ever been in the pits of defeat? How have other people given you a hand up, a second chance?

Do you still suffer from guilt, fear, defeat or shame from your past? Just like with Peter, Jesus wants to do mighty things with your life even though you’ve messed up or others have made a mess of your life.

Think of those around you who have made mistakes or who have hurt you. Maybe they need to experience God’s second chance ministry through you. Who needs to hear you say, “We can fix this.” Who needs another chance to succeed?