WITH FRESH EYES: Winner of the ECPA Christian Book Award and the Selah Award. Get your copy here.
Home / Grace on Parade / STEAK AND SHAKE: TRICKLE DOWN KINDNESS

Grace on Parade’s “Caught Being Good” Award goes to the Steak and Shake Restaurant in Galesburg, Illinois.

This one is a triple header. When my husband and I enjoyed lunch there on our anniversary (see why we spent our anniversary at a Steak and Shake here), we were impressed three times over by the goodness, acceptance, and respect coming from the employees.

Kindness detour: I didn’t feel the greatest when I walked into the restaurant. It was my third time out since my eye surgery other than doctor visits and I was already feeling punk and blah because I felt punk. I ordered my meal then got that emotional craving for something to make me feel better. I rarely ever order dessert or milkshakes, but oh, I so wanted my favorite. I know it’s not smart to use food as emotional crutches but . . . 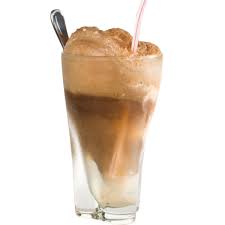 “Do you have kid-sized shakes and floats?” I asked the waitress. When I found out they did, I ordered a root beer float. I don’t know what possessed that waitress but she brought me my root beer float before my meal. I just had to drink it then, right? Dessert before a meal. My mother would have had a fit. Good thing she lives 1500 miles away and I’m way past 21.

Throw away the emotional crutch stuff. I felt so much better emotionally and physically. Kudos to that server who followed the nudge to break the rules and bring out dessert first. I was so grateful, I told both her manager and her how special that was to me.

Comfort net: I was feeling rather conspicuous in my over-sized sunglasses. Then, as we finished our meal, I saw a man slide into the booth in front of me, carrying an oxygen tank. A minute later, a woman rose from a table and unfolded her walker. They were probably there for the same reason I was. Steak and Shake has a reputation for quick and personable service. Three physically needy people at one time spoke volumes. The restaurant wasn’t just accessible; it was comfortable and inviting. When it comes to serving the needs of the handicapped, you can’t legislate attitude. By the people I saw populate Steak and Shake, I’d say they’ve moved beyond the outward requirements of parking slots and accessible bathrooms to truly caring for the needs of their clientele.

Trickle Down Kindness: As I mentioned, I took the opportunity to let the manager know how much our server’s kindness meant to me. He picked up our bill, noted the name of the server, and then said. “I am so blessed to have the servers that I do. They are a good group of people.” That simple statement meant more to me than anything that had already happened. If an employer publically and privately values his employees, they instinctively pass that down to the clientele—whether it’s a restaurant manager and his servers, a day care supervisor and her teachers, or a minister and his cadre of volunteers. Also, second hand compliments are always the best. A direct compliment can be considered expected, obligatory, or manipulative. Complimenting a person to someone carries a greater weight of sincerity.  As a customer, I was delighted to hear a manager express confidence and gratitude for the workers under him.

Previous Post: « Gain Worth The Pain: Keeping Your Eyes On The End
Next Post: Karen’s Summer Plans »