WITH FRESH EYES: Winner of the ECPA Christian Book Award and the Selah Award. Get your copy here.
Home / Grace on Parade / You Are My Sunshine!

Several months ago on this blog, I told the story of my Uncle Eldon, the World War Two veteran.  I could fill this blog for several weeks with stories about Uncle Eldon.  He is one special man and his wit, wisdom and work ethic has had tremendous influence on my life.

Do you have special moments, memories, events that you share with only one person and no one else?  Little inside jokes? Traditions that just aren’t the same if you do it with someone other than your special person?  I have several of those life moments I share only with Uncle Eldon and the rest of the family knows it.  Now, as Uncle Eldon fights the most difficult battle of his life – his fight with Alzheimer’s – the family uses certain catch phrases that connect his memory with who I am.  To Uncle Eldon, I am “The Headache Girl.”  That is a blog for another day. 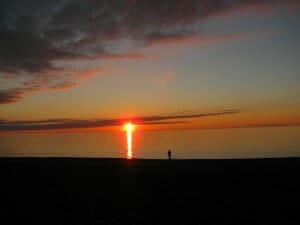 I’m also the girl who sings his favorite songs: “Blessed Assurance” and “You Are My Sunshine.” Since I live over a thousand miles away, I stay in touch by phone.  Usually I’ll talk to Aunt Charlotte for a few moments, then she’ll turn me over to Uncle Eldon.  The last time we talked, she told me he was ready to hear me sing “You Are My Sunshine.”  See?  She knew.

Now I haven’t had any invitations to sing with the New York Met.  Simon would probably boot me off American Idol.  But to my extended family, most of whom can’t even carry a tune in a bucket, I have more than a passable singing voice.  Years of technique and training, and scores of people telling me I have a lovely voice has, I’m afraid, made me rather vain.  I blush to recount the times I’ve sung praises to God more to be heard by those standing around me than to worship the God I love.

It would have been easy to just sing the words to Uncle Eldon and not put much effort into my singing technique.  After all, it was only him and he would forget the moment we got off the phone that his headache girl had sung his favorite song.  Yet, as I began the opening notes, love for this man flooded over me.  Even if it were just him, even if he would never remember, I wanted to give him my best gift.

So I sat a little straighter, opened my throat, engaged my diaphragm, held the phone further from my mouth, and let it rip.  I made my voice sing the very best I knew to sing. And I was in good form that day. My notes, with just a hint of vibrato, rang out true and pure.

As I poured my voice, heart, and soul into that simple song, I heard a faltering, gravelly, old man voice throw in a few off key notes.  Simon would only shake his head.  Or maybe not. 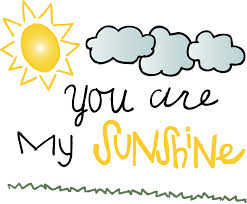 “You are my sunshine, my only sunshine.

You make me smile when skies are gray.

You’ll never know dear how much I love you

(the vocal chords got thicker)

Please don’t take my sunshine away.”

“Hey.” Uncle Eldon fumbled for words but I sat patiently, waiting for him to get them out. “We’re pretty good.  We ought to go on the road and do a-a-a-“

“Yeah, that’s it. You and me. We’ll travel the country with that song.”

“Just don’t tell anyone we’re from the Sharp family.” I brought up the family joke. “They’ll never believe we can sing that good.”

We never know whether Uncle Eldon understands what we say but we say it anyway, hoping to snag that ever elusive, lucid moment.  This time, I was rewarded with his laugh.  He got it!

I ended the phone call, feeling so good that I had shared my best with him, that for once, it didn’t matter who else heard me or what they thought.  It didn’t matter.  It was my gift to Uncle Eldon and him alone.

Then God’s word penetrated my soul.

“Each one should use whatever gift he has received to serve others, faithfully administering God’s grace in its various forms. If anyone speaks, he should do it as one speaking the very words of God.  If anyone serves, he should do it with the strength God provides; so that in all things God may be praised through Jesus Christ.  To him be the glory and the power for ever and ever. Amen.” – 1 Peter 4:10, 11 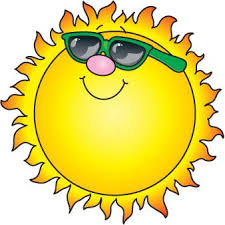 Whenever I display the gifts God has given me – singing, baking, writing, teaching, or  showing compassion – I need to sit up, open the airways so nothing gets in the way of my service, back up so I don’t overwhelm anyone and so they can get a clear view of Jesus – then let it rip.  Why?  Because I love my God dearly and it really doesn’t matter what any bystander might think.  Because God deserves my very best anytime, anywhere, no matter who I’m with or what their opinion might be.

Because God is my sunshine and He’s ready to hit the road with me.