WITH FRESH EYES: Winner of the ECPA Christian Book Award and the Selah Award. Get your copy here.
Home / Grace on Parade / These Things We Do: The Mission of Military Para-Rescuers 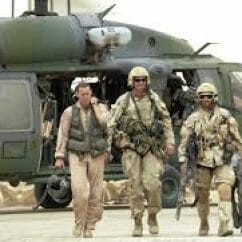 There’s a branch of Air Force serviceman who often work with Navy Seals and Army Rangers that one website has dubbed the “Ultimate Warriors.” Para-rescuers, or PJ’s for short, offer medical assistance in conflict, especially to downed pilots in combat zones. They offered rescue to stranded patients on hospital roofs during Hurricane Katrina and have helped injured hikers in remote mountain ranges. These military personnel truly believe that their mission is the most noble and rewarding job one could possibly have.

Their motto says it all: “These things we do so that others may live.”

I first heard about para-rescuers at a concert in Branson, Missouri. The performers sang an original tribute to these brave men and women that wove that motto into the song lyrics. The phrase, ‘these things we do so that others may live,” grabbed and held my heart. Para-rescuers intentionally walk into danger so they can save others. Those who sit at home, thank God for the freedom their service yields and like Mark Shultz’ song,  “Letters From War” so beautifully depicts, privately pray that their sons will come home.

“These things we do so that others may live.” 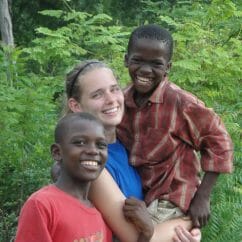 As they sang, I thought about my daughter who had recently returned from working overseas for eight months with cross-cultural workers to establish churches in a large city where only 25 people claim faith in Jesus Christ. I thought of the many men and women who leave the comfort of our country and culture to go overseas, not for just a six month assignment but for as long as their health, finances, or family life can endure just so they can share the love of Jesus with those who have not yet experienced it. Several friends have had to go undercover, knowing they could be exiled, arrested, or even killed for bringing the good news of life in Christ to their target people group.

Always, there is danger, danger that our children don’t even tell us about because, if we knew we would yank them home faster than an Air Force jet could fly. Instead, we who know them best sit at home, thank God for their willingness to go, thank God that He chooses to use them to bring life to the dying and hope to the disheartened, and privately pray that in His mercy, God will bring them home to us.

“These things we do so that others may live.:

Missionaries and military risk their own lives for the lives of others, hoping to stay alive themselves but knowing the potential of their own sacrifice. That’s where Jesus is different. Jesus came to earth, knowing He would die. If he didn’t die, he would not have completed his mission successfully. He sacrificed His life to save the world from the clutches of death. As one song says, “Born to die that man might live/Came to earth new life to give.”

Or, to paraphrase the para-rescue motto, “These things He did so that others might live.” 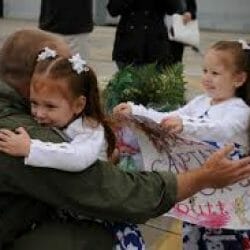 It gets better. Someday, Jesus will bring us home to be with Him and it will be the best Homecoming we’ve ever experienced. Better than any homecoming videos of dropped dufflebags and camouflaged clad hugs that put lumps in our throats and etch smiles on our faces.

These things He did so that we might come home.