WITH FRESH EYES: Winner of the ECPA Christian Book Award and the Selah Award. Get your copy here.
Home / Grace on Parade / U.S. Postal Service Woes: God Is Still Amazing

God is more powerful than the U.S. Postal Service.

I hear other people complain how the Post Office has failed to deliver letters at times, yet I have rarely had any problems with the mail service other than a few torn envelopes. So when my daughter experienced snags with four different deliveries in less than a month recently, it definitely caught my attention.

Two months after the fact, she discovered her application for her Optometry license had never reached its destination. The Optometry board reviews license applications only once every quarter. She would have to reapply and wait till March, the receptionist said This time she sent it certified mail complete with a tracking number and signature card. Guess what? Tracking said at first, undeliverable to this address. Then, “attempted delivery, no one available to sign.” Really? The time stamp said 5:20 p.m. Of course, no one will be at an office to sign for a letter at that time. 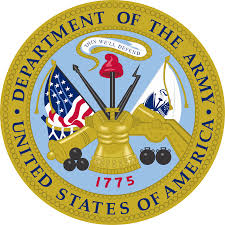 My daughter is on the move as she winds her way across the country to Army Officer’s Training then her first duty post. When she ordered her uniform online, she gave her address in Ohio as the shipping address. The order didn’t arrive before she came to visit us so she made arrangements to have the two different packages forwarded to our address in Illinois Over a week later, she checked the tracking online. One was delivered to the address in Ohio and subsequently forwarded, but without a tracking number and no way to know when it might arrive. The other was declared “undeliverable to this address” on arrival in Columbus. Do I hear an echo?

By this time, several days before she is to arrive for officer’s training when she will need those uniforms, we were sharing her angst. All of us wavered between trust and stress, taking turns in encouraging each other that it would all work out, vacillating between a “wait and see” mentality and conniving on how to get her Army wardrobe if the Post Office failed to deliver. I blush to admit that she was more laid back about the issue than I was. 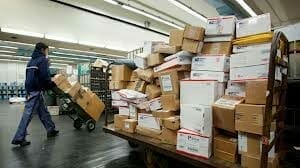 A few phone calls made the situation more frustrating. No one – either in the Postal Service or the Army base – seemed to know the current location of her two packages. If anything, the packages were probably on their way back to the sender, the Post Office told her. She would probably need to purchase new uniforms when she arrived at the post and trust that the local exchange had small sizes in stock.

Finally, two days before she was to leave Illinois, we quietly let the issue go, determining that the Army isn’t going to let her go on the field half-dressed. Somehow it would all work out. But inside my soul, I knew that I have a powerful God capable of doing the miraculous. The definition of miracle is the temporary suspension of natural law in order to show the greatest of God. The natural law of bureaucracy is chaos, my cynical natures says. If those packages landed on our doorstep before our daughter left, it would certainly suspend natural law. There would be no doubt in my mind that God did it.

I posted a prayer on Facebook, “Lord it would be nice if You could redirect those packages to arrive before our daughter leaves. We have a Plan B and that’s all right, but it would be really nice if You would do this for us.”

The mail came Wednesday. No package. Our daughter wanted to leave early Thursday morning so we agreed that we would trust the Lord for Plan B.

Thursday morning, she bounced into the kitchen. “I got a text that one package is at the Post Office. I think it’s my bigger box.” We did high five Halleluiahs and I quickly posted a Praise God report on Facebook. She held off her departure until the mail arrived. Facebook land rejoiced in our powerful and amazing God. 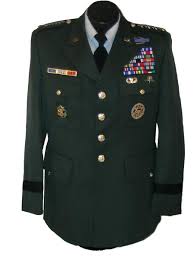 But the mail lady didn’t come to our door with a big box. All I found inside my mailbox was a small manila envelope. It was the smaller of the two expected packages – with just a pair of gloves.

You know, we get so excited when we see God answer prayers in big ways. We whoop and holler and broadcast His goodness. But when He doesn’t deliver, we’re tempted to question His care about us.

As I closed the door to my house, clutching the small stack of mail in my other hand, I thought, “Am I still willing to shout His praises even though the package didn’t arrive? Am I willing to tell my Facebook friends, “Wow, isn’t God so neat? He’s got a plan. He’s still in charge and He’s still amazing!”

As my daughter said later, the smaller package showed us that her packages weren’t totally lost; they’re in the pipeline, and they’ll eventually catch up with her. God was giving us a deposit on His goodness and a reminder card that He’s working out the problem.

God is the same yesterday, today, and tomorrow. He is still in charge. He is still working all things together for good whether or not He has decided to let me peek over His shoulder.

Oh, by the way, when our daughter got to her Army post, the Army store had all the uniform pieces she needed in her size. She was even able to find an extra small jacket that fit her perfectly. Moreover, she was able to get the latest, most updated uniform – which she wasn’t able to order online. See? It all worked out. Romans 8:28 strikes again.

We still haven’t received that package. But that’s all right. God is still amazing.