WITH FRESH EYES: Winner of the ECPA Christian Book Award and the Selah Award. Get your copy here.
Home / Bible Study / Athaliah: Queen At All Cost

Why should I study Bible characters like King Joash’s evil Grandma, Queen Athaliah?

I’m nothing like her. If she were on a Presidential campaign ticket, I wouldn’t be caught within a hundred miles of her headquarters. After all, this leader took political corruption to a whole new level.

Athaliah was a queen-at-all-cost kind of gal. 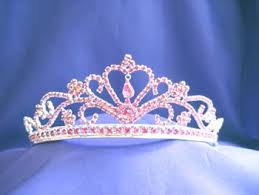 That’s how Liz Curtis Higgs in her book, Really Bad Girls of the Bible, describes this Queen Mother of Judah, wife of Jehoram, mother to Ahaziah, bad grandmother to Joash. You can read most of her story in 2 Chronicles 21-23.

Our Bible study girls talked about Queen Athaliah last week. We agreed. She was bad to the bone. She’d had lots of practice and lots of bad examples. She was, after all, the daughter of King Ahab and Queen Jezebel.Remember them?

Jezebel ordered the murder of the Lord’s prophets. Ahab had a show down with Elijah at Mt. Carmel. Ahab pouted over a vineyard he didn’t get so his lovely, street-smart wife arranged for the murder of the owner so Ahab could confiscate the land. That’s what our little princess grew up watching.

Athaliah married a man (King Jehoram of Judah) who upon becoming king, killed his brothers to secure the throne for himself. Some would call it political expediency. God called it murder. 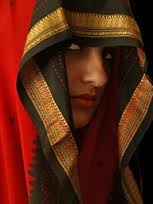 After he died, his son, Ahaziah, ascended the throne. Mom was still around to guide him in kingdom matters, but the Bible specifically says she encouraged him to do wrong. With a mom like that, who needs a corrupt Chief of Staff?

Ahaziah didn’t last long. He died at the ripe old age of twenty-two. Since Queen Mum didn’t see anyone else fit to assume leadership (imagine that), she took over. First order of business was to kill all her grandkids so no one could become qualified if they had a mind to.

God had the last word. He used Ahaziah’s sister, Jehosheba, to hide Ahaziah’s toddler son, Joash, in the Temple for six long years during Grandma’s reign of terror. When Joash was eight, Jehosheba and her husband the high priest held a coronation ceremony at which Athaliah was promptly refused entry. And disposed of.

I love the final note to this story.

“So all of the people of the land rejoiced and the city was quiet. For they had put Athaliah to death with the sword. – 2 Chronicles 23:21

Finally! Rest! Freedom! This verse shows how oppressed the country of Judah was under the queen-regent’s reign. The people were all too happy to close the door behind her.

I cannot identify with this woman one bit. The very thought of murdering someone in order to get my own way is as far from me as New York City is to Beijing. She and I have nothing in common.

Sigh. The Holy Spirit has such a good memory. A scene from too many years ago took up immediate residence in the open folder of my brain.

We may not murder people, but we still find ways to move people aside so we can get to the front of the line.

My sister and I are three years apart, enough age difference that we ran around in different circles. But the competition was still there. It mostly came from me. I craved to be seen as old enough to do adult stuff. It’s the curse of the youngest child, I suppose. I had to be as good, as vocal, and as involved as her. And I had to do it my way.

Because of our age difference, we only attended the same week of church camp together once. I was a freshman and she was a senior. Back then, the staff divided the campers into teams. All week long, there was an ongoing competition in sports, memory work, and evening activities. I was no good at sports, but I was Queen of memorization. My own team said, “Why should we try? Karen will get all the points.” That stung my conscience for about . . . one minute. 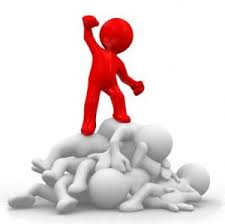 We were on separate teams and in separate cabins so we hardly saw each other. On the third day, she found me during the break after supper. “Let’s work on memory verses together,” she invited me.

I literally put my chin in the air. “I can’t help you. You’re on a different team. That would be disloyal to my team.” I turned away, so smug and satisfied at how I had stood up for team loyalty. But not quick enough to catch a glimpse of her crestfallen face.

What shames me is that I used God’s Word as a cattle prod to get what I wanted – Queen of the Heap. Yes, I know. God’s grace covers our sin. He forgave me long ago and so did my sister. That’s not my point.

Whenever we push aside or put down other people in order to get our own way instead of trusting God to meet our needs, we become like Queen Athaliah.

Any time we make it about us, we lose perspective of what God’s Kingdom is supposed to represent

Athaliah may have had what she wanted for six years. After that, Justice came for a visit. It didn’t last. It never does. Today, I don’t even remember if my team won that year.

Back in that wooded area between the dorms, I could have worked with my sister on memory work. My team may have lost. I may not have been able to memorize as much. I may have made a few of my team members mad. But I would have strengthened the bonds with my sister. I would have helped her—and me—learn God’s Word. I wasn’t old enough to realize that you learn more yourself when you help others. That day could have taught me that lesson. Instead, I had to wait a long time to figure that one out.

I can think of several painful admissions of how we might succumb to the queen-at-all-costs mentality of Athaliah:

Paul told his readers in Romans 12:3:

That’s what Athaliah’s daughter, Jehosheba, did when she risked her own safety to hide the last of Athaliah’s grandkids in the Temple for six years until he was old enough to become king. That’s what I want to do—to put the Lord and the people I love ahead of my own ambitions.

I wonder if the message would have absorbed into my brain if Matthew 23:11 and Romans 12:3 had been on that church camp memory work list.

It’s not too late to memorize those verses or to apply them. Will you join me?