WITH FRESH EYES: Winner of the ECPA Christian Book Award and the Selah Award. Get your copy here.
Home / Grace on Parade / A New Twist on Separation of Church and State

Arguments  over separation of Church and State still rage.  Are they legitimate? 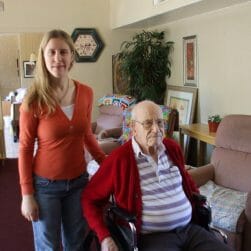 Trailing behind my suit clad, Bible touting husband, I walked into a government funded facility, juggling a cassette tape, cassette player and hymnbook. We were en route to the nursing home dining room where we would lead a Good Friday service for the residents. Neither of us gave any thought to the fact that we were blatantly proclaiming Jesus Christ to the people within that building.

Why should we?  We didn’t ask to come there; they invited us. We were delighted to bring a Good Friday service to those who could not leave the confines of the facility to attend the community service later that evening. Nursing homes often hold worship services and bible studies, either led by an outside group or one the residents themselves.  Activity directors are more than happy to schedule them and promote them.  One of the first things I noticed on the monthly calendar attached to the closet door of my mother’s room at the rehab facility was the number of religious activities.

Why should this surprise any of us?

Here’s why.  As much federal money pours into the coffers of nursing homes in the form of Medicare as it does into our public schools.  Yet any time someone wants to hold as a much as a Baccalaureate service or prayer group on the school lawn, you can bet someone will cry foul and hold up the barrier of separation of Church and State.

It’s the same in the prisons.  Maybe a little more resistance, but for the most part, Chuck Colson’s group, Prison Fellowship and other groups have no restrictions leading bible studies and church services.  The only places anyone has an issue with this is in our schools and our judicial and legislative lawns.

For the moment, let’s table the obvious fact that separation of Church and State isn’t even part of the Constitution.  Let’s also not deal with the fact that Thomas Jefferson intended that the State keep its fingers out of the Church, not the other way around as it has become today. My point is the inconsistency.

Why are schools targeted and not nursing homes? Could it be that enemies of the cross recognize the power of the Message to change lives, that they fear our young people might actually buy into this Jesus-thing?   Because the minds of children are fertile ground, those who oppose God’s truth would rather sow the lies of evolution, promiscuity, and self empowerment? That they leave prisons and nursing homes alone because they see those people as harmless?  Let ’em have their Jesus – gives them something to do and who knows, might do them some good. 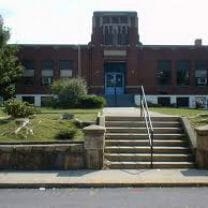 I don’t know about you, but when I realized this inconsistency, I got cold shivers.  It makes it even more clear to me how much the very lives  of our children are a battlefront, that these little ones are being used as pawns in the War against the Word of God. The issue is not separation of Church and State.  The issue is Jesus.

What can we do?

The next time someone tells you that you can’t plan a bible study at a school because of separation of Church and State, be bold. Be creative. You can:

You don’t have to buy into the separation of Church and State lingo.  It’s all a flux.  If it were really true in the way it is interpreted today, there would be many more restrictions across the governmental board. But Satan’s lies, no matter how they are dressed, are never true.

What do you think?